Under the instructions and guidance of U Tay Za, Patron of HTOO Foundation, variety of donations including meals and variety of commodities were made towards Thabarwa Tayar Yeiktha in Thanlyin, where a total of 2830 monks, nuns, those who practice religious meditation, elderly persons to mark the 9th anniversary of HTOO Foundation on 5th May 2017.

Meals included breakfast and lunch, at the above mentioned place that totaled nineteen lakhs and seventy thousand kyats. Apart from meals, other toiletries and necessary items, such as tooth paste, tooth brush, soap, quaker oats and etc. had also been donated, that totaled over ten lakhs.

Among these donation items, First National Insurance (FNI) has contributed five bags of rice and five portable containers of cooking oil, five bags of rice from Htoo Petroleum, and some amount of cash from Myanmar Floral respectively.

On 2nd May 2008, Cyclone Nargis, a strong tropical cyclone, that caused the worst natural disaster in the recorded history of Myanmar, made landfall in the south-western coast of the country, leaving catastrophic destruction and massive loss of lives.

Headed by Chairman of HTOO Group of Companies, employees of HGC provided emergency relief supplies to the supervisors in one of the hardest hit areas of Bogalay Township in Ayeyawaddy Division. Htoo Group of Companies spent over US$8.0 million for the re-construction of necessary buildings, such as schools, hospitals, monasteries, government offices in Bogalay Township.

With the objectives of providing humanitarian aids to victims of natural disasters in the future, Chairman and four Vice Chairman of HTOO Group of Companies contributed K500,000.00 each as trust fund and founded HTOO Foundation on 5th May 2008, while Air Bagan Ltd., set aside US$1.00 for every ticket sold, as contribution towards HTOO Foundation. 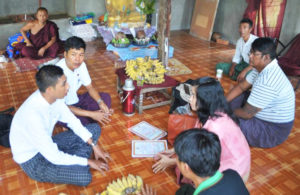 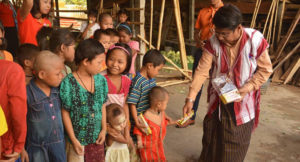